Welcome to the Chronicles of Fate: Era of Concordia.

Since January 2020, my colleague Stephen Legatt and I have been working on a game, which now has a name: Chronicles of Fate: Era of Concordia. This is the first post I’ve written about the game publicly, so I’d like to put our overview/background story here for you all to read.

In the greatest act of cooperation, the Great Ones conceived the human race: a species capable of great good and great evil. A perfect metaphor for their partnership. These early humans prospered under the rule of the Great Ones. This period of tranquility became known as the First Era, Era of Harmony.

Years passed, and the Great Ones grew impatient and hateful of each other. They began corrupting humans, to be used in a war to destroy the balance they had such esteem for. Great armies possessed by Lux and Umbra were forged to fight. Families turned against themselves. Villages were burned down. Civilization collapsed, and humanity was on the brink of extinction.

As the Great Ones spiraled further into madness, a small number of humans managed to break free from their possession, retaining knowledge of pure light or dark magic. In a last ditch effort to end the madness, these heroes banded together, and through a ritual of balance performed on a sapling, gave birth to a third Great One, the Goddess Concordia.

Possessing the power to void the powers of Lux and Umbra, the Goddess swiftly ended the conflict, banishing the raging Great Ones into vessels within the Sacred Grove to remain dormant for all of eternity. Thus, the Second Great Era of Harmony began. Concordia returned to her vessel, now known as the Tree of Concordance, and humanity began to heal and forget.

For millennia, the Tree of Concordance grew, offering protection to those residing within its vicinity. But one cold autumn, the Tree shed its leaves for the last time… 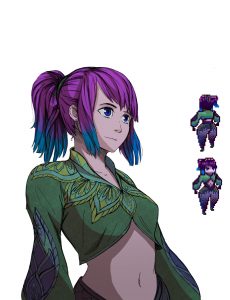 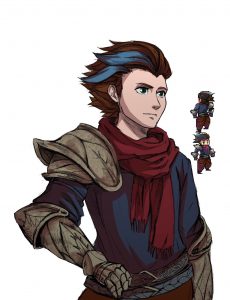 Next Steps for Chronicles of Fate: Era of Concordia

We have some great things coming up soon for you! Learn more about the protagonists here. Although we already have finished a playable demo, we feel it’s not ready to put online just yet. It’s only been shown to close friends and family to get some initial feedback on our progress so far. We’re extremely determined to release the demo for this game on our next deadline, August 1st, 2020. Stay tuned for more updates over the coming weeks and months!

We’ve set up a basic wiki page for every piece of information regarding Chronicles of Fate: Era of Concordia. You should check it out at https://wiki.chroniclesoffate.com. 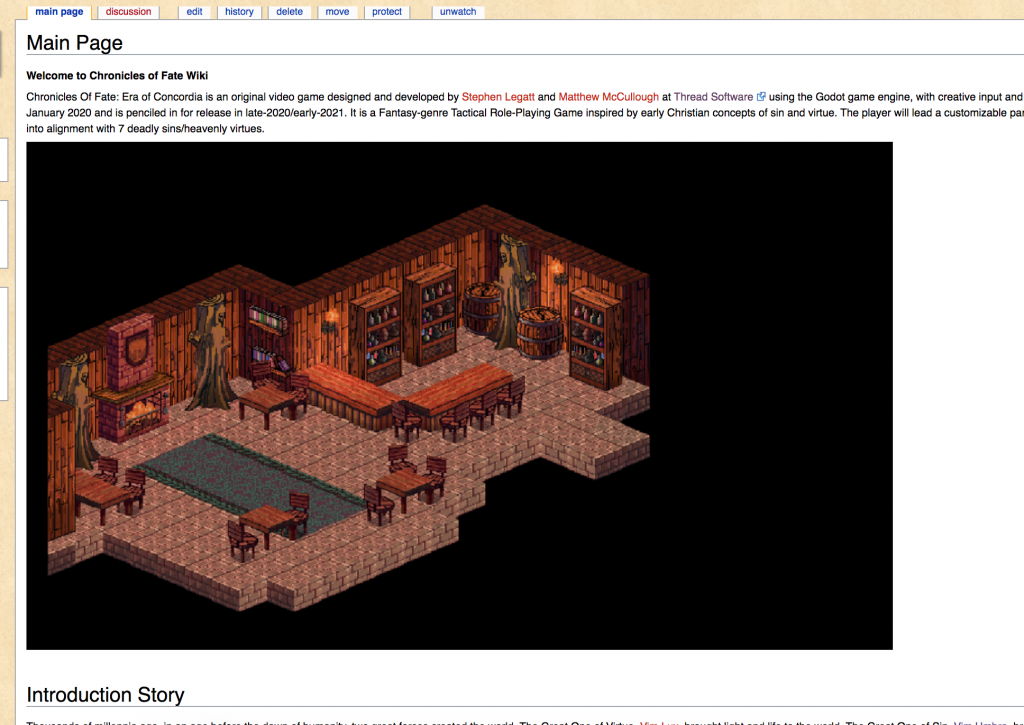 ©2020 THREAD SOFTWARE, LLC. ALL RIGHTS RESERVED.
All trademarks herein are the properties of their respective owners.